Rigging and Skinning a Cardboard Board Box inside 3DS Max

01                Open up the file from where we left working on the cardboard box. Select a single side of the cardboard box while deleting rest of the sides. Turn on the ‘Percent Snap Toggle’ and uniformly scale it up to ‘1000 %’. Hit ‘J’ on the keyboard in order to get rid of the ‘Bounding Box’ that appears on every selected object. 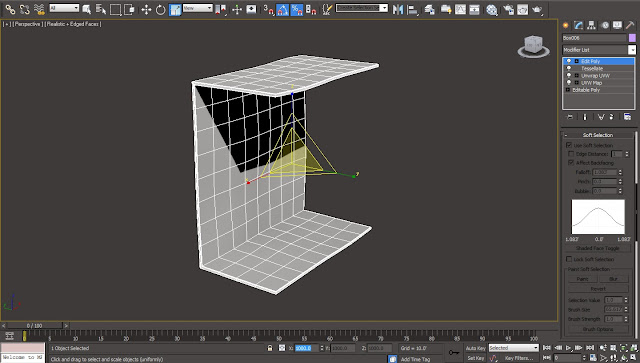 02                Get rid of the ‘Edit Poly’ modifier from the top of modifier stack before rigging the cardboard box. Switch to ‘Systems’ panel from the ‘Create’ menu in order to access the ‘Bones’ tool. Bring up the ‘Left View-port’ and start creating a basic bone rig following the structure of the cardboard box creating one bone for each side. Hit right click once we are done creating the bones. We will end up with an extra bone tip at the end our bone setup. 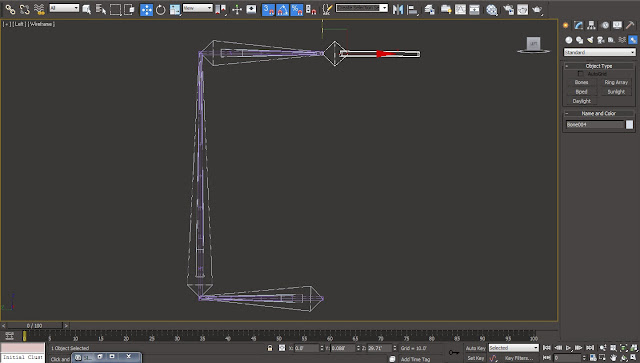 03                Just select and delete this bone tip in order to get rid of it. Right now the ‘Parent Bone’ is ‘Bone001’ which is representing the flap are of the box. But as we need both the flaps of the cardboard box to be the child of the side, we have to get rid of the current parent bone (Bone001) and replace it with a copy of the flap bone at the top. 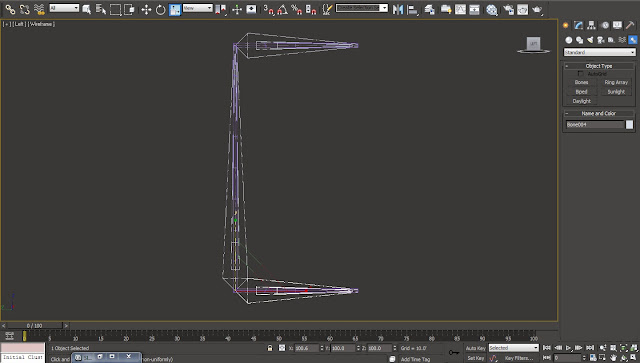 04                Now in order to make the bones of the flap to be the child of the side bone we have to connect both the flap-bones into the side-bone inside the schematic view. Schematic view can be accessed through the ‘Graph Editors’ menu and by selecting ‘New Schematic View’. Connect ‘Bone004’ with ‘Bone002’ by the help of connect tool that can be found as the third icon in the ‘Schematic View’ toolbar. 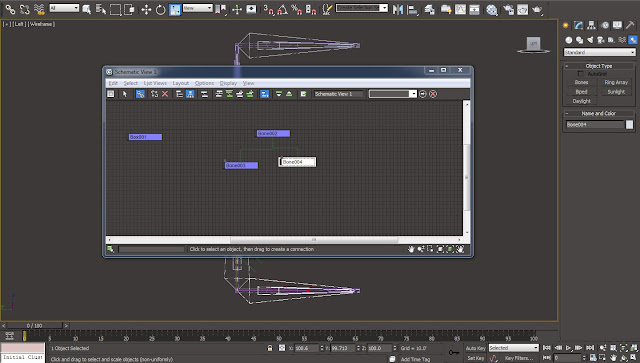 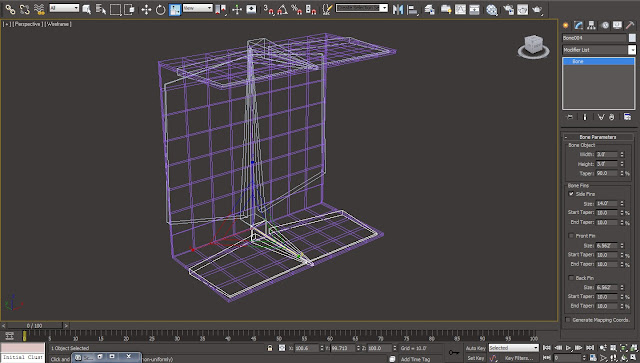 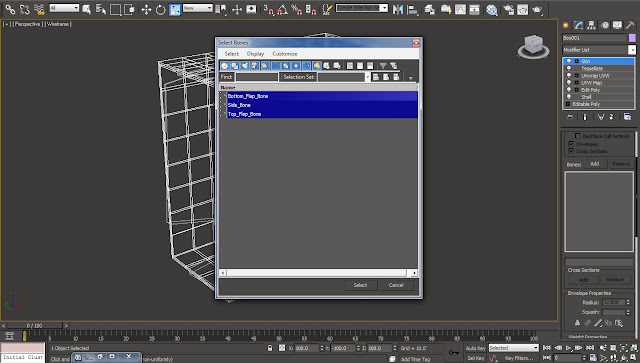 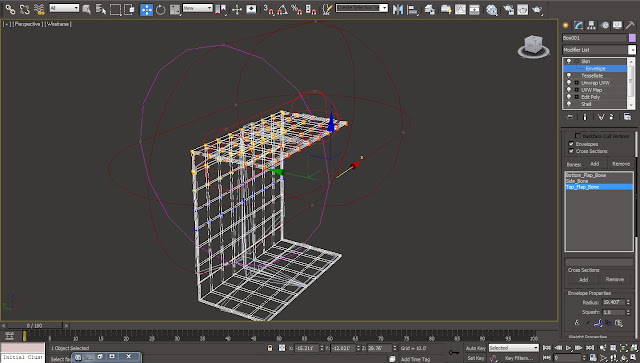 08                In order to make the flap geometry rotate as a separate rigid object which is not affecting other parts of the cardboard box we have to make the vertices of its envelope to be rigid. Enable the ‘Vertices’ option under the ‘Select’ parameters and select the vertices that we want to bring under the full influence of envelope. Also turn on the ‘Rigid’ option from the ‘Weight Properties’ and increase the value of ‘Abs. Effect’ to ‘1.0’. This will bring these vertices under the 100% influence of the bone. 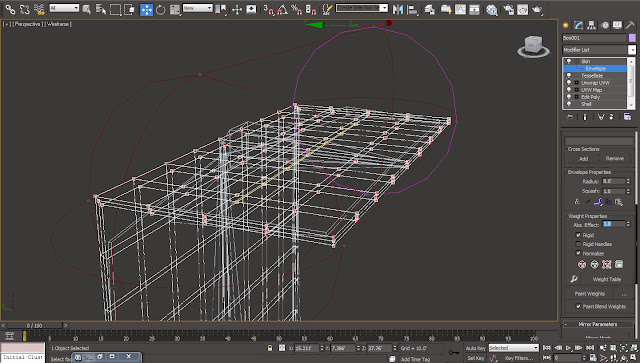 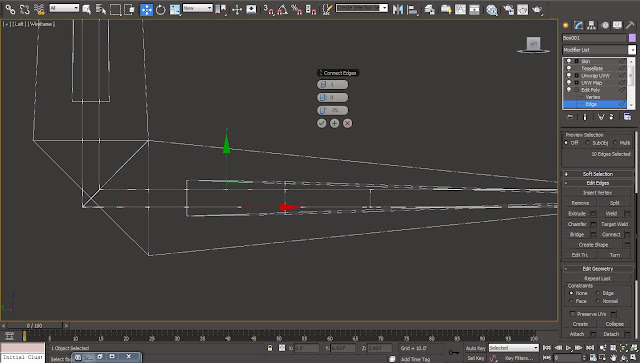 10                Repeat the step for the upper side of the corner edge loop. Straighten up the new edge loops by selecting them and bringing down the scale values through the scale tool. Once we are done adding up edges to the lower flap geometry we can repeat these steps to add the edges to the upper flap as well. 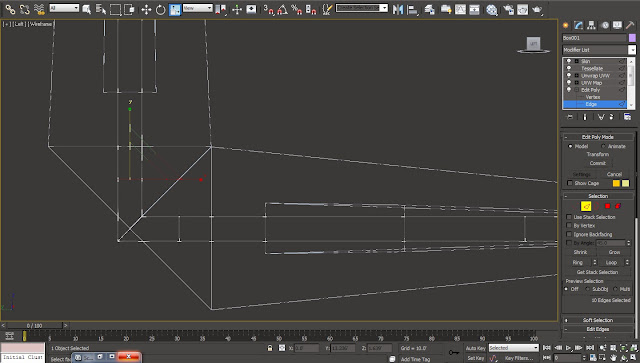 11                Switch back to the ‘Skin Modifier’ inside the modifier stack and select all the vertices of the envelope defining the Flap geometry except the corner vertices. Turn on the ‘Rigid’ option and change the value of ‘Abs. Effect’ to ‘1.0’ once again. This will bring these vertices under the full influence f the bone. 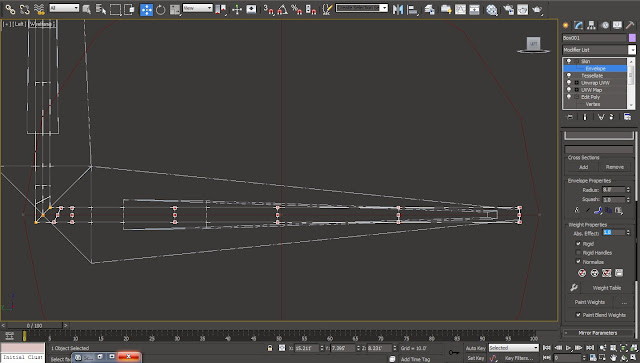 12                Similarly select the vertices defining the corner of the cardboard box and change the ‘Abs. Effect’ value to ‘0.5’ while turning off the ‘Rigid’ option. Make sure that all the other vertices of the geometry are not under any influence of the current envelope. 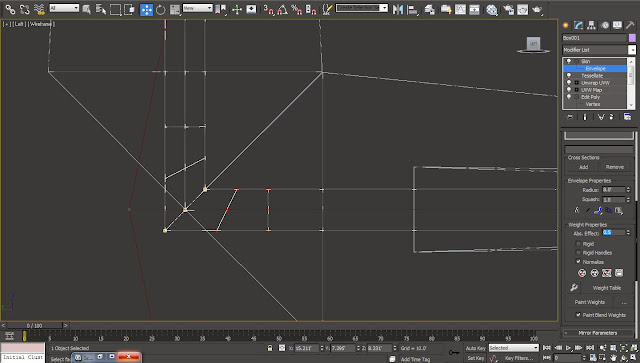 13                Now in order to start working on the envelopes of other parts of the geometry select the specific bone from the ‘Bones’ object list inside the ‘Skin’ parameters and bring the relevant vertices under the influence of their respective bones. 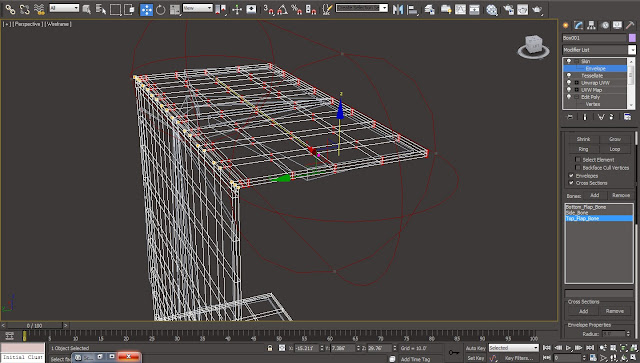 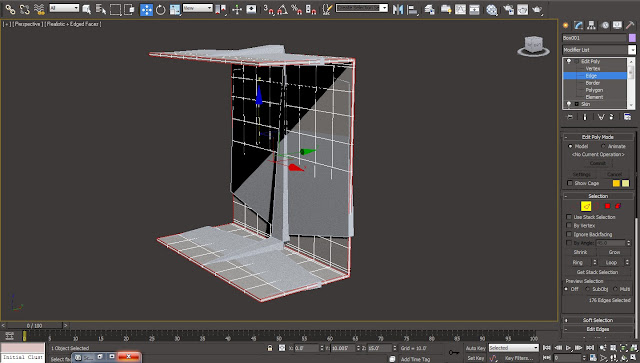 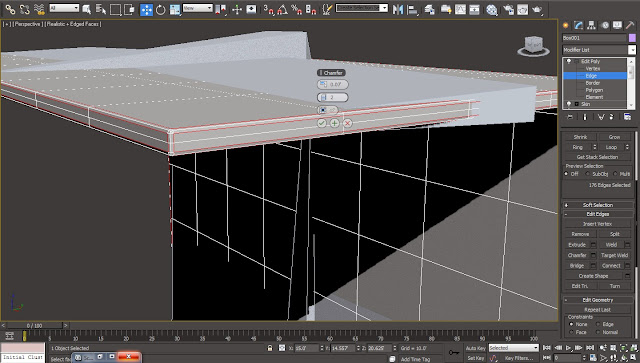 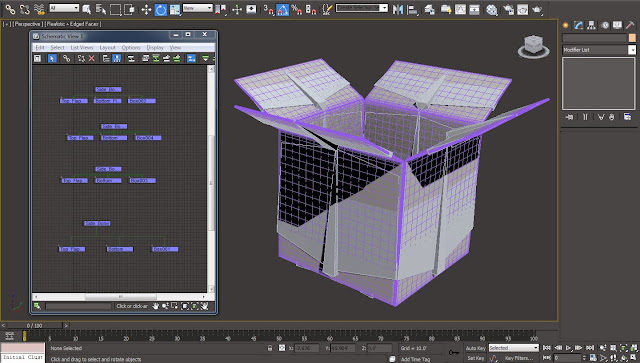