Match moving is primarily used to track the movements of a camera through a shot so that an identical virtual camera move can be produced in a 3D animation program. When new animated elements are composited back into the original live action shot they will appear in perfectly matched perspective and therefore appears seamless.

Match moving allows the insertion of computer graphics into live action footage with correct position, scale, orientation, and motion relative to photographed objects in the shot. The term is used loosely to refer to several ways of extracting motion information from a motion picture, particularly camera movement.

NEED FOR A MATCH MOVE 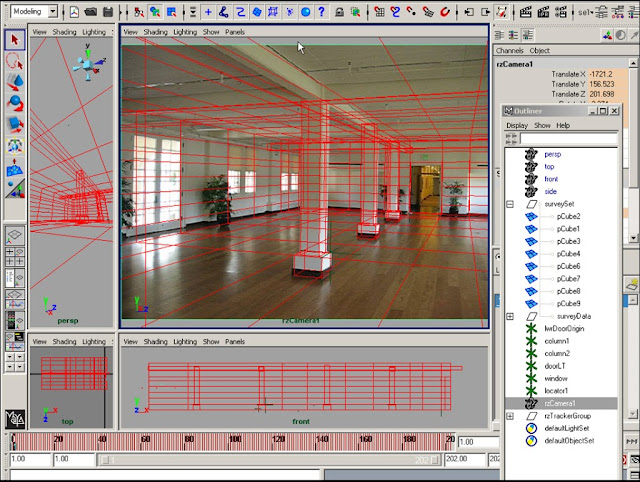 When we hand an image to a computer, it has no 3 dimensional idea of what it is looking at. We might see a road that leads into the landscape and we perceive depth. But to the computer it’s just the bunch of pixels on a flat plane and it doesn’t understand anything 3 dimensional about it. In-fact we understand perspective because we know what the road is. We only perceive real depth because we have two eyes that are placed apart and that give us two angels on the same scene. When our brain measures how things are positioned differently seeing from each eye, we suddenly understands our surroundings in real 3D.

Match moving is a similar way for the computer to analyse the perspective change and extract a real 3 dimensional scene. Match moving does this by using a principal called photogrammetry, which means to extract 3D data from photographs. The idea is if we have two photographs of the same thing from different angels and point out the same exact feature from each angle, by using a tracking feature. Then when we project these imaginary lines out from the camera, there is mathematically only one point that can lock together. Then it’s possible to calculate not only the 3D coordinates of the points but more importantly the 3D coordinates of the camera. 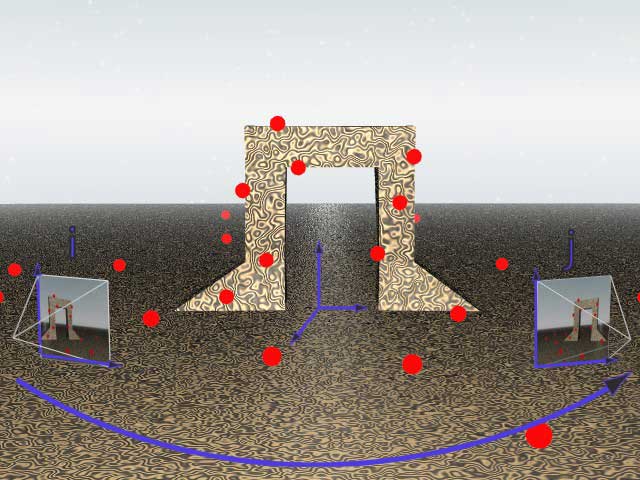 This concept involves identifying tracking features. A feature is a specific point in an image that a tracking algorithm can lock onto and follow through multiple frames. Often features are selected because they are bright or dark spots, edges or corners, depending on the particular tracking algorithm. What is important is that each feature represents a specific point on a surface of a real object. As a feature is tracked it becomes a series of two dimensional co-ordinates that represent the position of the feature across a series of frames. This series is referred to as track. Once tracks have been created they can be used immediately for 2d motion tracking or then be used to calculate the 3D information. 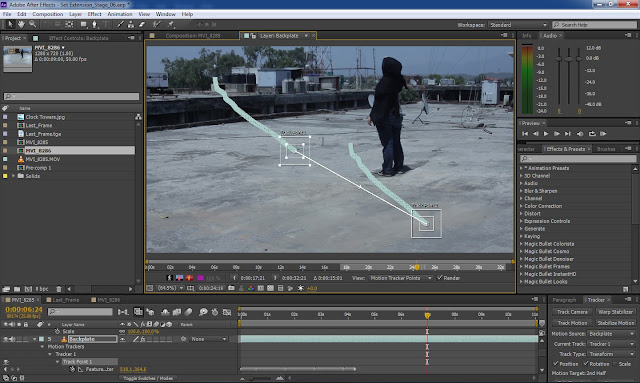 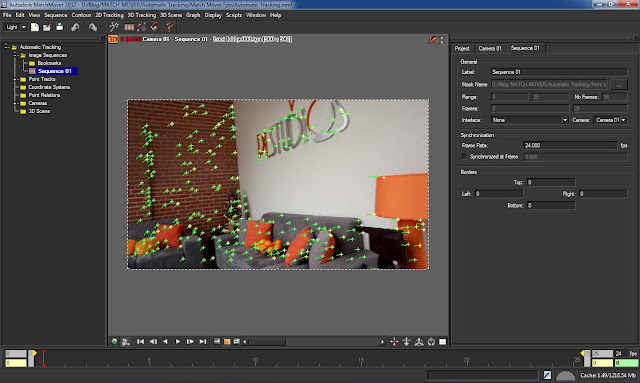