Estelle said,”when you look at a portrait, can you tell me the points that make you think it’s a portrait?”

She also had a few tips to give to photographers and designers: 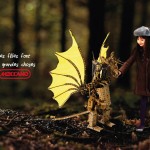 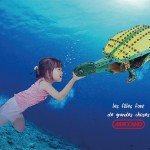 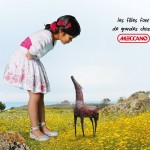 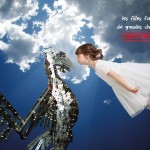 Arena 17 Animation Faculty Ramandeep Kaur said,”The Seminar made us look at images in a deeper way, and we are now able to design an image in the same way you would do a sketch. This allows us to be able to approach the staging in live films as well as animation film with ease. This new initiative by our institute has made our students get a deeper insight into the world of films.”

Neelu Kapoor, Centre Director, mentions,”We’re committed to raise the bar every year by bringing in new ideas and we do not stop at anything to get the knowledge to our students. International Seminars is one little step for us, but a giant leap for Indian Design Community.

Arena Chandigarh at Sector 17 is one of India’s top institutions to learn animation and vfx. The institute prides itself at being an academy of animation art and design that attracts the attention of best animators and artists from across the world like USA, Canada, France, UK, Argentina, Germany, among others. The college partners with various artists and experts across the world in production and post-production domains of game design, animation, vfx, UI/ UX design, interaction and motion design, besides the pre-production areas of graphic design, illustration and storyboarding, character design. It has become a facilitator for students who prefer to direct their own learning through live interactions with inputs from experts around the world.

The institute boasts of a library rich with books on sketching, graphic design, composition, 2d and 3d animation, stop motion, story and screenplay (screenwriting), storyboarding, visual effects (CGI), matchmoving and motion tracking, rigging, game design and development, film making, cinematography, acting and direction. The centre also has an onboard motivation expert and student guide to mentor and engage the student to learn more beyond the boundaries of the courses they join. The Institute has an inhouse boutique studio that enables student industry interaction which brings real life live learning experiences to their portfolio making them market ready. No wonder this college is the first stop for all india studios for placements including Xentrix, Bangalore, DQ, Hyderabad,  MEL studio, Mumbai, Philm Studio, Pune, and others.