Workshop in Storywriting and Animation by Puneet

Puneet Sharma, highly renowned Animation Expert from Mumbai held a 2 Daylong Workshops on 13 and 14 April 2010. This workshop was attended by students of BSc (multimedia and animation) as well as AAASP and DAE3D passouts.

He had such an enlightening discussion with Arena students that they were feeling at entirely a different level after the talk.

He started with crushing the very basic misconception between animation and motion graphics. “A moving graphic is NOT animation” was his first punch line. Fully illustrating what makes animation an animation, he moved onto his next topic – Pre-Production.

Giving insight into this phase which lays foundation of any production, he elaborated each and every step and department involved in it. Most impressive was his live examples and case studies of Top Hollywood movies like Avatar.

Coming to the key point of his talk that is “Story Writing”, he gifted students with loads of tips and tricks to create sellable animation stories. He started with basics of playing with “Premise, Conflict and Resolution” but dug much further to unfold tricks professional international story writers play – juggling with plot points, creating surprise elements, connecting protagonist with the audience and many more.

To conclude he unraveled the topic of Cinematography by sharing the ways in which a camera can contribute in characterisation. A mere camera angle can distinguish between a hero and a villian. Cherry on the top were the video lectures and examples he brought for Arena Students.

Puneet is presently part of the Senior Technical Advisory Group at Arena Animation. Puneet started his career in the Animation Industry as a Graphics Designer with Moving Picture Company, Delhi and has a professional experience of nearly 13 years working with TV Production houses, Web-portal Companies, Multimedia companies and leading Animation studios. He has worked on various domains of animation – web, multimedia, architectural walkthroughs, animated ads (TVCs) & films (2D & 3D). His last assignment was with Zee Institute of Creative Arts (ZICA Studios) as Head of the Academy and Production. 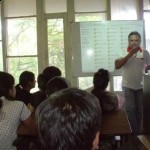 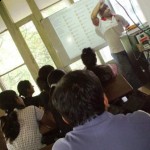 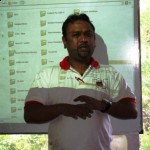 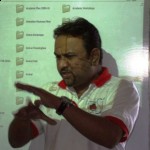